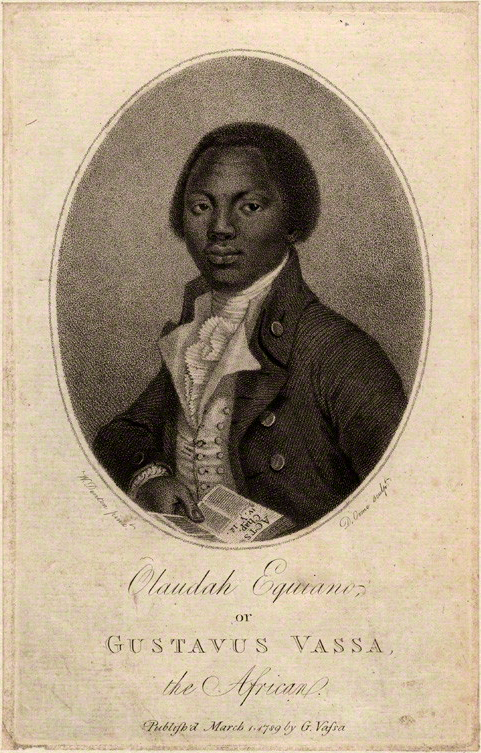 Each week as part of Black History Month Belfast Charitable Society will be exploring the multifaceted history of the charity from its connections with black abolitionists and enslaved people to the abolitionist and pro-slavery movements in Belfast. The second  in this series looks at Olaudah Equiano, one of the first black abolitionists to visit Ireland.

Equiano himself had been born in Africa and kidnapped into slavery at the age of ten or eleven and was forced to become a sailor. It was said that an Irish man encouraged him to learn to read and write and ultimately he managed to save enough money to purchase his freedom. As a first generation enslaved person, Equiano knew of traditional customs in his homeland and could speak to the cruelty of the passage from Africa to the Americas. After purchasing his freedom, he settled in London and visited the House of Commons to listen to debates around slavery. In 1789, he published his Interesting Narrative, which helped to propel him to the forefront of the abolitionist movement.

In May 1791 Olaudah Equiano journeyed to Dublin to organise the fourth printing of his Interesting Narrative which detailed his experiences and the reality of slavery. He spent the next eight months in Ireland touring and promoting the sale of his book.

Equiano said that he was ‘exceedingly well treated, by persons of all ranks’ in Ireland, and found the people of Belfast to be particularly hospitable. During his time in Belfast Equiano lodged with Samuel Neilson who lived at what is now the site of the Northern Whig building. Neilson was a leading radical and in the same year as Equiano landed in Ireland, Neilson was involved in the establishment of the United Irishmen. The Neilson home was a hub of political activity and it is likely that Equiano met many of the key personalities involved with the early United Irishmen movement. Equiano was still a guest with Samuel when the Northern Star, the newspaper of the United Irishmen, first appeared in January 1792. The paper was abolitionist in outlook and condemned those who supported the slave trade through the purchase of sugar, rum and molasses.

During the time of Equiano’s visit, Samuel Neilson was treasurer of Belfast Charitable Society and on 17 December 1791, Equiano attended a committee in the Boardroom of the Poor House, now Clifton House. Equiano returned to England, but appears to have disappeared from public life, due to his connections with radical and revolutionary groups on both sides of the Irish Sea, around 1794. He died in London aged 52 in 1797. Sadly, his place of burial has never been identified.